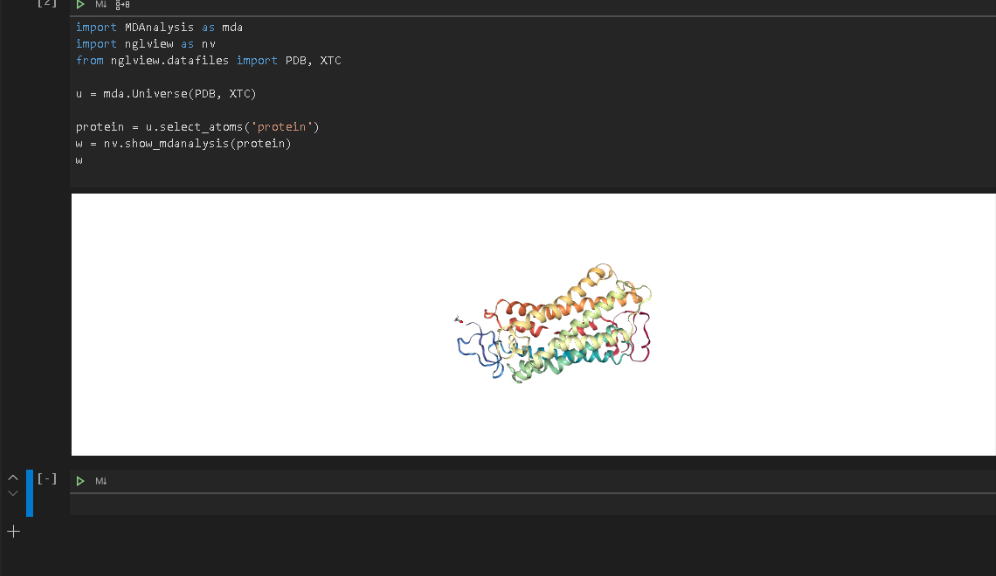 VSCode Python add-in now supports ipywidgets in Jupyter Notebooks so you can view a protein or molecule visualization directly within the VSCode environment.

First, we need to load the nglview library into the Jupyter Notebook environment. To do this, I am going to use anaconda.

Quick note, the first time I tried to install the packages, I got several errors; however, after updating to the latest stable versions of anaconda and node, everything ran a lot smoother.

I am using the following versions of anaconda and node:

Open the Anaconda command line and type the following command to install the nglview packages:

Once the nglview packages have downloaded and installed, install the mdanalysis stable release using the following commands:

I also installed the mdanalysis tests using the following command:

Once the ipywidgets have installed, we start the Jupyter Notebook environment, open an existing or new notebook, and run the following command to visualize the protein.

Run the code to display the protein in VSCode.

Once the Jupyter connection is made, and a notebook opened, we can rerun the protein visualization from within VSCode.